The original icon that started it all, delivering pure motoring fun in a feisty, fuel-efficient package.

The iconic MINI hatch with 2 extra doors and a little more space for passengers and cargo.

The free spirit with a 3-in-1 soft top roof – perfect for opening yourself up to all life has to offer.

The adventurer, featuring a rugged ALL4 All-Wheel Drive system and our most spacious interior ever.

The most powerful models in the range. With racing-tuned engines and a range of signature details, this is MINI thrill, maximized.

Browse our current inventory to find your perfect MINI.

Determine the customized payment plan that works best for you.

Get motoring for less. Find the best limited-time offers in your area. 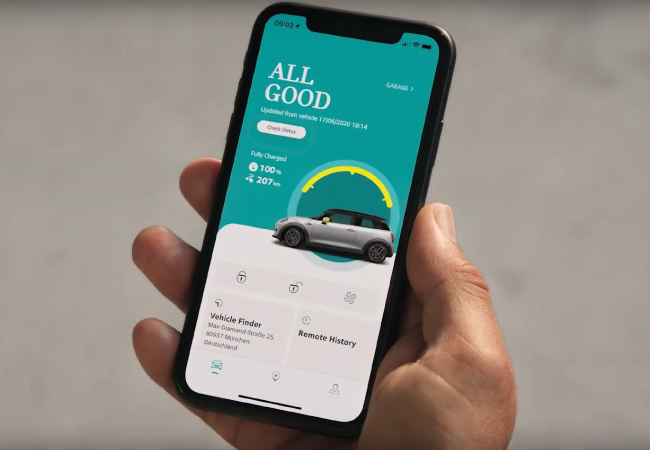 Not long ago we found out that BMW is making a new app, meant to make connecting to your car a lot easier, through your smartphone. Now, it looks like MINI is following the same route, with a new app now being rolled out, with a new design and new features. The news came via a video posted on the official MINI Youtube channel showcasing the new app and offering hints as to what you’ll be able to do with it.


The new version will be a lot more friendly to use than the current MINI Connected app. It looks a lot better and seems to have better functionality as well. Since the era of electrified cars has already begun, it looks like there will also be a lot of support for electric/PHEV cars as well. From the looks of it, the app will tell you the battery state of charge, the estimated range that can be covered with that range and other vital info.

Most likely, both the MINI and BMW apps will use the same backend and will offer the same features. You’ll be able to open/lock the car with it, to control various features, like the windows or the lights and even search for a destination in your phone and then sending it to the car’s navigation system. For EV/PHEV models the map will also point you in the right direction whenever you’re looking to recharge your batteries.

As usual, in order to get access to all the functions, you’ll need to create an account and, of course, enter your car’s details in the app. Basically you’ll need to enter the car’s VIN into the app so that the servers can identify it and start the connection between the car and your phone. It’s smooth sailing from then on out.

WHY A MINI IS PERFECT FOR EVERY ADVENTURE

STAY IN THE KNOW.

We use cookies to ensure that we give you the best experience on our website. However, if you would like to, you can change your cookie settings at any time, through your browser settings. You may not disable certain types of cookies that are essential to the operation of our website and that are considered strictly necessary cookies. For example, we use strictly necessary cookies to provide you with regional pricing information. You can find detailed information about how cookies are used on this website by clicking here.