The original icon that started it all, delivering pure motoring fun in a feisty, fuel-efficient package.

The iconic MINI hatch with 2 extra doors and a little more space for passengers and cargo.

The free spirit with a 3-in-1 soft top roof – perfect for opening yourself up to all life has to offer.

The adventurer, featuring a rugged ALL4 All-Wheel Drive system and our most spacious interior ever.

The most powerful models in the range. With racing-tuned engines and a range of signature details, this is MINI thrill, maximized.

Browse our current inventory to find your perfect MINI.

Determine the customized payment plan that works best for you.

Get motoring for less. Find the best limited-time offers in your area.

60 years of a MINI style icon 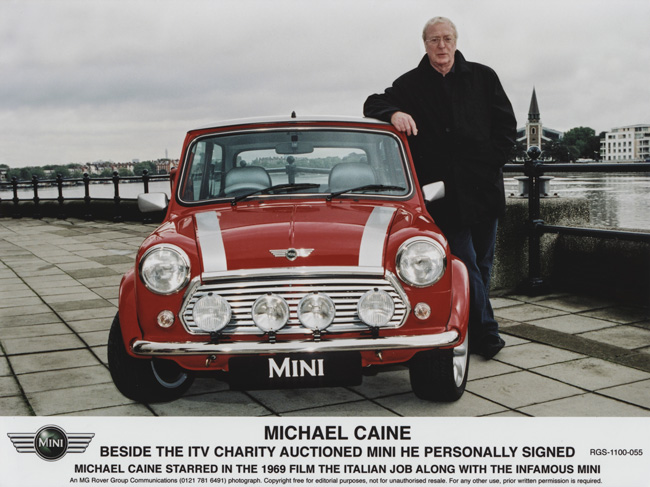 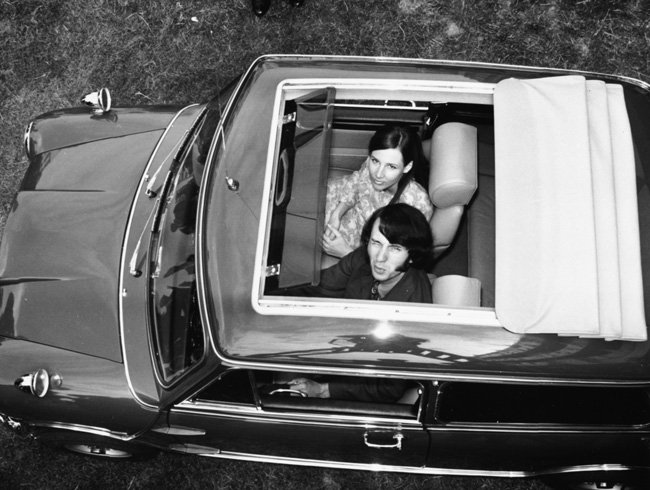 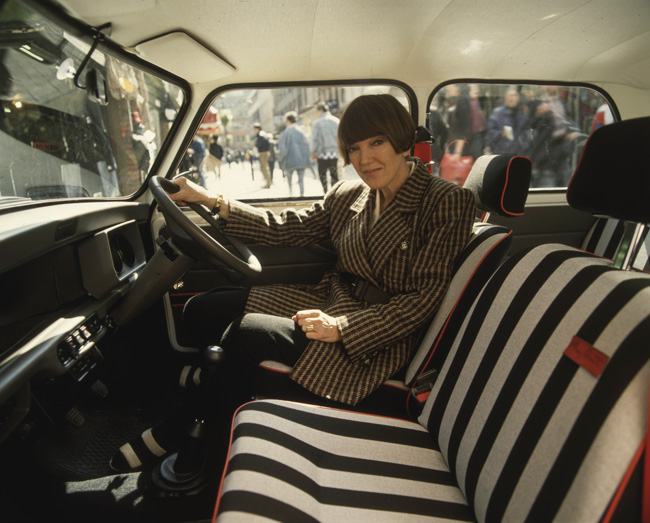 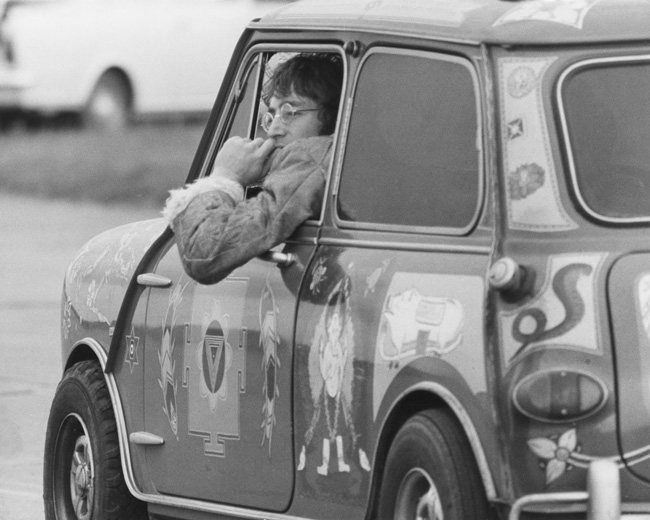 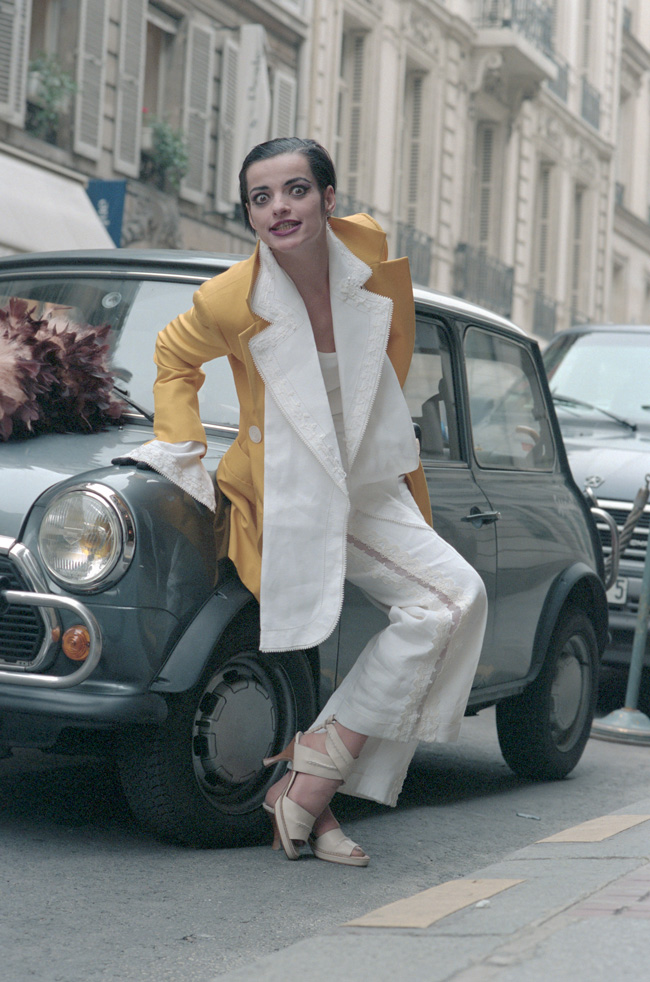 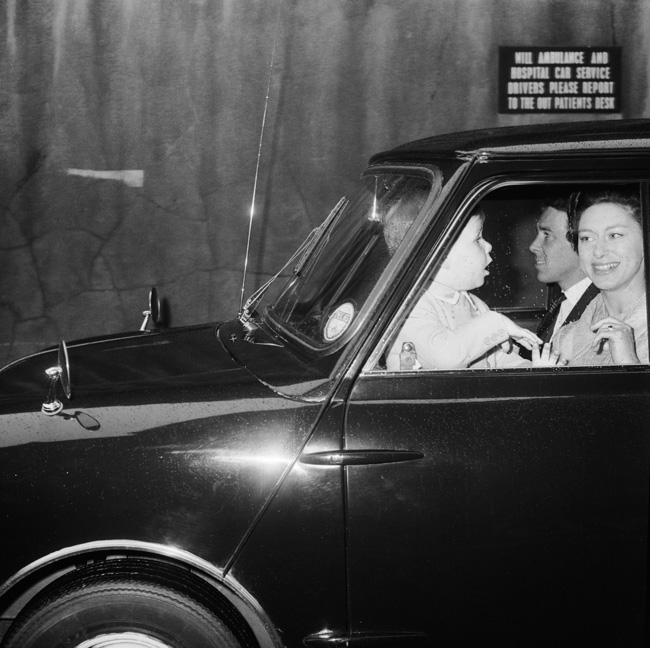 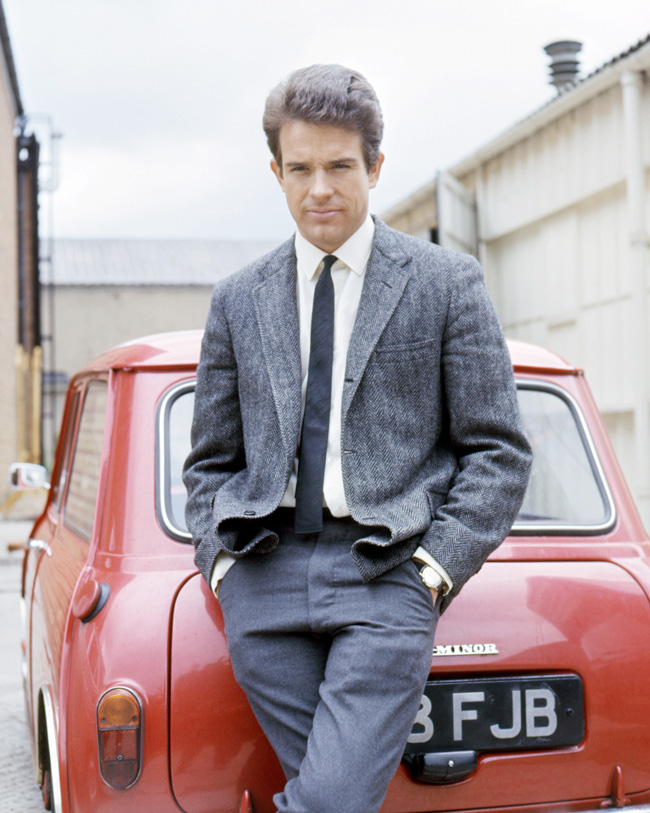 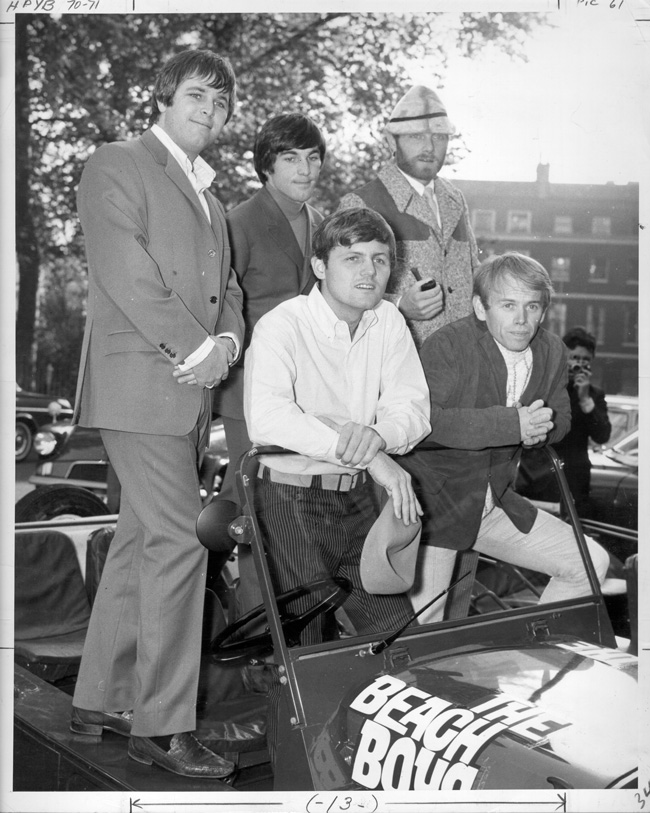 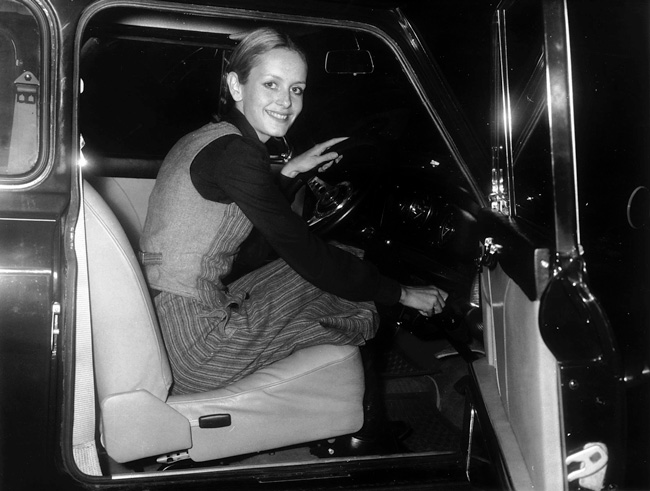 John Lennon drove one, Peter Sellers roared through his detective comedies in one, and even the Queen was chauffeured through the park of Windsor Castle in one. Countless celebrities succumbed to the charm of the classic Mini, which was first presented to the public 60 years ago. The car’s distinctive design, surprisingly generous space and agile driving characteristics were all major factors in the revolutionary small car being accepted into the circles of high society at an early stage – especially in its home country of Great Britain. Exclusive photographs show numerous stars from the world of music, film and fashion choosing the classic Mini as their preferred means of transport, making it an icon of its time.

To mark the brand's 60th anniversary furthermore, MINI is commemorating those glorious early years with some exceptional special vehicles. Following the successful market launch of the MINI 60 Years Edition for the current MINI 3-door and MINI 5-door, the classic Mini will once again be at the forefront. A unique, elaborately restored one-off in the colourful striped design of the current MINI 60 Years Lifestyle Collection revives the fashionable panache and lifestyle of the wild sixties.

Even after the brand's relaunch in 2001, celebrities all over the world were soon enjoying the distinctive driving fun offered by the modern MINI, which followed firmly in the footsteps of its classic predecessor. As the first compact car for the premium segment, the MINI immediately became a trendsetter. Its unconventional concept has inspired film-makers, musicians, fashion designers and other artists alike. With its enormous popularity as well as a clear tendency towards extravagance and immense driving fun, the MINI has made several appearances in Hollywood films and found its place in the private fleets of numerous showbiz stars.

Lord Snowdon introduced the classic Mini to the Royal Family.

The fact that the classic Mini was accepted into London society at an early stage was due to a member of the Royal Family: Lord Snowdon – photographer, designer, friend of Mini designer Alec Issigonis and the husband of Princess Margaret – was one of the first to buy the new small car. A family photograph taken in 1965 shows him with Princess Margaret and their son David on a tour of London in a Mini.

Lord Snowdon paved the way to a royal weekend residence for the Mini as early as 1960: his sister-in-law, Queen Elizabeth, was chauffeured by Issigonis through the park of Windsor Castle. For the small automobile, this was something of a knighthood – the highest of royal honours that Issigonis himself went on to receive nine years later.

The Beatles, the Monkees, the Beach Boys, Spencer Davis, Mick Jagger, Eric Clapton and David Bowie – the Mini was a hit for all of them.

In the years that followed, the Mini secured a firm place in the fashion, art and music scene of “Swinging London”. Its international fame was not least due to the enthusiasm it generated among all members of the Beatles. John Lennon ordered a Mini in 1964 – even though he didn’t have a driving licence. Historical photographs show drummer Ringo Starr with one of the Mini Cooper S models that took part in the 1964 Monte Carlo Rally and Paul McCartney getting into his private Mini in 1967. Guitarist George Harrison was the proud owner of a Mini de Ville, refined by renowned bodymaker Radford. When the Beatles met in 1967 to shoot their TV film “Magical Mystery Tour” at West Malling Airfield in Kent, John Lennon also enjoyed racing across the airfield in a Mini painted in psychedelic colours.

The affection of well-known musicians for the classic Mini lasted for decades, and it was by no means limited to the British Isles. While the popularity of the Mini became an increasingly global phenomenon, pop and rock bands from the US gained new fans in Europe. In 1966, it was the Beach Boys who set off on an international tour with their surfer sound, posing in front of a Mini Moke in Great Britain. This image of the Californian musicians with a beach mobile bearing the band’s name spread around the world. The American band, The Monkees, reached the peak of their popularity at about the same time. There is a photograph dating back to this period in which guitarist and singer Michael Nesmith and his girlfriend Phyllis are looking up through the folding roof of a Mini into the camera above. Like Beatle Harrison, Monkee Nesmith had his own personal Mini Cooper S made by Radford. This extravagant and expensive one-off specimen not only had a folding roof but also a 100-hp engine and a wooden dashboard with additional instruments.

As well as to enjoying driving the classic Mini, London-born musician David Bowie was particularly impressed with its parking capabilities. He firmly believed there was no other automobile designed so perfectly for city life. To celebrate the 40th anniversary of the original, Bowie designed a classic Mini in 1999 that reflected its entire surroundings – like a polished teapot made of British silver. German singer Nina Hagen was also photographed with a Mini Cooper for the magazine Paris Match in the French capital in 1994.

Born to be an action hero: the classic Mini as a film star on four wheels.

Sometimes as an extra, sometimes in the leading role – the classic Mini has appeared in television series and feature films spanning six decades. It makes an appearance in the 1966 cult movie “Blow Up” as well as in the crime comedy “Kaleidoscope” of the same year, in which the then still largely unknown Warren Beatty played the leading role. The film “A Cœur Joie” starring Brigitte Bardot also came out in 1966: it features fashion models travelling in the Mini Cooper. The fact that French star Bardot had a close connection with the British car in her private life as well is demonstrated in photographs taken in 1980 in which she can be seen accompanied by her dogs in a Mini Moke.

“The Bionic Woman” was a TV series that enjoyed considerable popularity in both the USA and the UK. In 1976, leading actress Lindsay Wagner posed in London in front of a classic Mini attached to a steel frame, giving the impression she was lifting the vehicle with one hand – apparently possessing superhuman powers like her character from the TV series.

The scenes in which the classic Mini was used by British actor Peter Sellers and director Blake Edwards, were similarly unconventional and humorous. Sellers and Edwards made the film “A Shot in the Dark” in 1964 as a sequel to the crime comedy “The Pink Panther”. As Inspector Clouseau, Sellers drives a rather unusual Mini Cooper – here the actor was also demonstrating his off-screen penchant for extravagant special versions of the classic Mini. The film vehicle is a Mini de Ville made by Radford featuring a wickerwork design on the flanks of the body. Over the years, Peter Sellers acquired about a dozen individually enhanced classic Mini vehicles, including one he gave to his then wife Britt Ekland as the contents of an oversized birthday cake presented to her at the Radford sales premises in London in 1965.

Probably the most spectacular big-screen appearance of the classic Mini was in the 1969 gangster comedy “The Italian Job”. In this film, crook Charlie Croker played by Michael Caine joins forces with an accomplice to plan a gold theft in the centre of Turin. They load their booty into three Mini Coopers – painted red, blue and white – before setting off on a breathtaking escape through a sewer tunnel and over roofs and stairs in the midst of the traffic turmoil in the Italian city. 34 years later, “The Italian Job” was to hit cinemas again: in the new version featuring Hollywood stars Charlize Theron, Jason Statham and Mark Wahlberg, the story of a spectacular gold theft was staged in even more effective and high-speed style. When it came to casting the leading four-wheeled stars, the choice fell – how could it be otherwise – on the new MINI Cooper S, which now demonstrated its agility and sporty flair on and under the streets of Los Angeles.

On the road as part of the fashion scene, too.

In the Swinging London of the 1960s, not only were new musical sounds emerging but also the stylish trends of the fashion world – and the classic Mini was always right at the heart of the action. Lesley Hornby – better known by her nickname Twiggy – passed her driving test in a classic Mini in 1968.

Mary Quant, influential women's fashion designer and inventor of the mini skirt, was also inspired by the classic Mini. Shortly after obtaining her driving licence, she ordered a black Mini and later designed a special edition – recognisable by its black and white striped seat covers, among other things. The British designer also took a liking to the new MINI: “It's a fashionable, cheerful and smiling car.”

At the end of the 1990s, Paul Smith, one of Britain's most famous men's fashion designers, created a limited special series of the classic Mini with a paint finish in a shade of blue created by himself to match the anthracite-coloured alloy wheels. Another unique edition at least as popular as this was presented for the 40th anniversary of the classic Mini, which Smith painted in his typical multicolour striped design.

Electrify The Night at MINI Toronto

We use cookies to ensure that we give you the best experience on our website. However, if you would like to, you can change your cookie settings at any time, through your browser settings. You may not disable certain types of cookies that are essential to the operation of our website and that are considered strictly necessary cookies. For example, we use strictly necessary cookies to provide you with regional pricing information. You can find detailed information about how cookies are used on this website by clicking here.